Get the latest creative news from FooBar about art, design and business.

Your Pipes Burst and Now What? 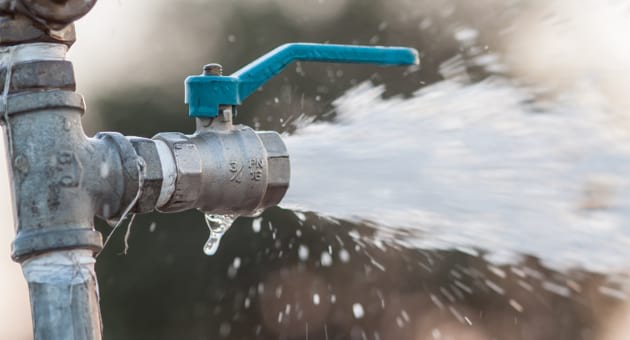 A burst pipe is the sort of catastrophe that keeps on happening. First, it begins with the immediate damage to your pipes. Depending on why the pipes burst, that could be a problem unto itself, or it could be just another step in an ongoing emergency. If the pipes burst in or under your house, you’ll have a serious issue on your hands. The pipes will begin spewing water into or underneath your house. Such a catastrophe will cost you a lot of money in your water bill as well as create a considerable amount of water damage. This water damage will need to be addressed before you can replace the pipes and rebuild the damaged parts of your house. So what do you do?

The first thing you should do is try to shut off the water if the water is flowing. If you know where the water main is or where the shutoff valve for that particular pipe is, you should shut it off immediately. This will limit the amount of damage done to your house. You will then need to call emergency plumbers such as those at Prestige Plumbers. They’ll be able to help you get back on your feet. The problems that come from burst pipes depend on why the pipe burst in the first place.

In the winter, the most common reason a pipe bursts is due to freezing. When water freezes, it expands. Since a pipe is already full to capacity with water to create the proper propulsion, there’s not any space for the water to expand. As it expands, it places pressure on the joints and connections in the pipes. Eventually, something will burst and the pipe will be compromised, which typically results in water spilling throughout the house or the crawlspace. The simple way to avoid this occurrence is to allow water to drip overnight from each of the different fixtures that has its own pipe running to it. That little bit of effort can prevent a greater catastrophe. However, if you forgot to take that step, you’ll need to call a plumber right away.

The pipes can also burst from just being old. If they are not in the best shape or if they haven’t been inspected in a while, they’re at risk of bursting just from the normal wear and tear that occurs. If that happens, you will need to shut off the water. If you don’t know how to shut off the water, you can call a plumber to talk you through it. Oftentimes, they’ll be able to advise you on the most common ways to shut off the water, which will help mitigate the damage done to your house.

Also, you should try to get your home dry as quickly as possible. The longer water sits around, the worse the catastrophe will be.

What do we want when we contact a plumber?

WHY IT IS IMPORTANT TO FIX A LEAK

Do New Windows Make a Difference? In a Word: Yes!

It’s time to let go of some things that you no longer need. Rather than…